Alfa Romeo may be one of the best-known Italian car manufacturers today, but its earliest beginnings can actually be traced back to France. Car manufacturer Alexandre Darracq started a factory in Portello near Milan that assembled vehicles from parts and engines that were imported from Paris. This venture however was not as successful as Darracq envisioned and in 1909 he sold this factory to the Italian Anonima Lombarda Fabbrica Automobili, this company would shortly become known as A.L.F.A.

In 1915 the A.L.F.A. company came under the guidance of a very skilled engineer and entrepreneur called Nicola Romeo who quickly converted the factory to produce various military hardware for the Italian war effort, vehicles, munitions, aircraft engines and heavy locomotives were all produced throughout the period of the first world war. At the end of the war Nicola Romeo took full control of the A.L.F.A. company and in 1919 again began the production of motor cars. The following year the name of the company was changed to Alfa Romeo.

Over the following years Alfa Romeo had various successes both on and off the racetrack, many attributed to a young Alfa Romeo racing driver called Enzo Ferrari, however, the young Ferrari soon proved to be an even better team manager than he was a race driver, this resulted in the race team being privatised and renamed Scuderia Ferrari, Enzo then went on to build his own cars.

1928 saw the Alfa Romeo car company going broke as lucrative defence contracts came to an end and finally Nicola Romeo left and the company was rescued by the Italian government. Over the following years Alfa Romeo became a showpiece of Mussolini's Italy, producing custom built extremely expensive cars for the rich and famous.

With the outbreak of World War II, the Alfa factory was converted to produce aero engines and after being bombed struggled to return to profit at the end of the war, so the luxury cars became a thing of the past and Alfa Romeo returned to the manufacture of smaller mass produced cars.

After the war had finished and life began to return to normal, motorsports again started to flourish and in 1950 Alfa Romeo won the first Formula One World Championship, this was followed by a second victory the next year, masterminded by the one and only Juan Manuel Fangio.

Successful production continued from Alfa throughout the fifties and sixties, but by the seventies Alfa Romeo was once again beginning to struggle financially, until in 1986 the Fiat Group bought into Alfa Romeo. Production of larger saloons was cut back with Alfa Romeo concentrating its efforts on smaller sportier cars. With more successes in this marketplace Alfa has rebuilt its image and has gradually returned to the executive sport market with new Alfa Romeo car models such as the 147, 159, GT and Giulietta models that we see today. 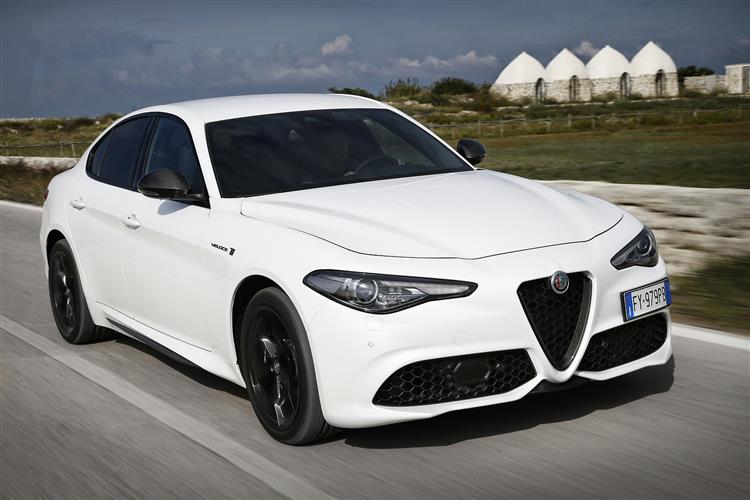 New Alfa Romeo Giulia Saloon Alfa Romeo's new Giulia claims to embody the core elements which have made this Milanese marque one of the world's best-loved automotive brands.... 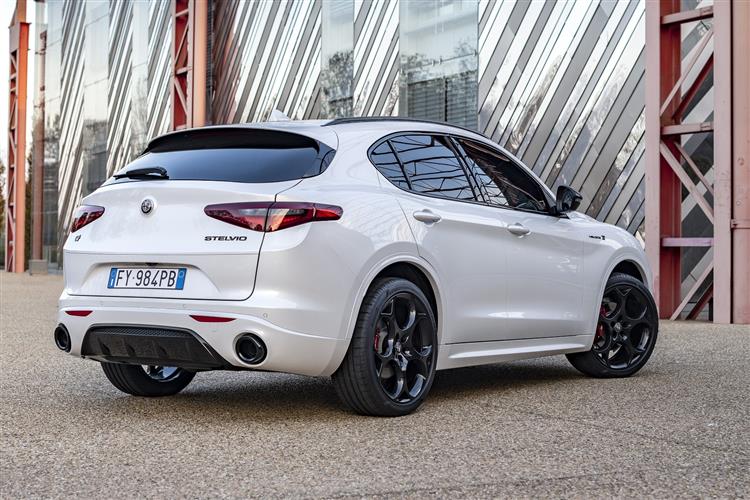 New Alfa Romeo Stelvio Diesel Estate This Stelvio model is, according to its maker, very much an Alfa Romeo first and an SUV second. That sounds promising, as does the fact that most of...

New Alfa Romeo Stelvio Estate This Stelvio model is, according to its maker, very much an Alfa Romeo first and an SUV second. That sounds promising, as does the fact that most of...