A Brief History of Volvo Cars

The Volvo name was registered as a company and trademark in 1911, by SKF AB, a Swedish bearing manufacturer, who intended to use this name for a range of special ball bearings (the literal translation of Volvo means "I roll"), the name, however, was only used for a short period and after a while, the company decided to revert back to the use of the SKF trademark for all its bearing products. The Volvo name was shelved until 1926 when two SKF workers (Assar Gabrielsson, a Sales Manager and Gustav Larson, an Engineer) produced ten prototype vehicles and thus set up a division within SKF that would go on to become Volvo AB.

The first Volvo model to leave the factory on the 14th April 1927 was the OV 4, or "Oppen Vagn 4 cylindrar", the literal translation of which from Swedish is, Open Carriage 4 cylinders, with this launch came the official founding of Volvo.

Lorries, buses, marine engines and aircraft engines soon followed as Volvo diversified in many different directions, one thread however remained continuous through all their products, Volvo's commitment to quality and safety, both of which are of paramount importance and can still be seen in the design and build of the Volvo cars of today.

1929 saw the launch of the PV651, a model whose success allowed Volvo not only to buy out its engine supplier, but also to buy a factory for the manufacture of its future models. This model also led to the first payment of dividends to shareholders in 1931.

Although the Second World War restricted production for Volvo, in the autumn of 1944 they introduced the PV444, this was the first small car from Volvo, with a combination of American styling and European size, the PV444 became an instant hit and would go on, with the PV544, to dominate Volvo production right through to the mid-nineteen sixties. These two cars would also introduce the Volvo name to the United States in the 50's.

Safety still remained a priority for the Volvo range and various innovations were showcased on models throughout this period and beyond. The first three-point seatbelts were seen fitted to the PV544 and Amazon models in 1959. Other Volvo technology that is still in use today was introduced throughout the sixties and seventies and includes collapsible steering columns, crumple zones, rear-facing child seats, side collision impact protection and the three-way catalytic converter with Lambdasond.

Volvo thrived through the eighties and many new Volvo cars were launched including the 240, the 740, the 760, the 940, and the 960. Volvo now had a reputation for producing solidly built luxury cars, a reputation that would be further enhanced when in 1992 they launched the Volvo 850. Top of the 850 range was the 850 T5, powered by a 2.3 litre turbo charged engine, the T5 was a real surprise to many drivers, its performance made it a favourite for Police forces across the UK and unbelievably Volvo raced the estate version of the 850 T5 in the British Touring Car Championship complete with a stuffed dog in the back.

The early nineties also saw speculation of a deal with Renault, a merger would result in the use of shared components and technologies, therefore reducing the cost of the product, it would also have made the group the third largest European manufacturer. It was however doomed to failure and in 1993 talks collapsed leaving Volvo as one of the few remaining independent manufacturers in the world.

The late 90's saw Volvo change the model range once again, gone was the angular styling and instead it was replaced with sleeker, curvier models, the three-digit names were also replaced by a letter/number combination, the first of which being the S / V40 that replaced the 440. Other sleek cars followed, the V70, the C70 and the S80 all changed the perception of the Volvo brand and Volvo was now producing cars that could compete with the likes of BMW and Mercedes.

In 1999, Volvo became a part of the Ford Motor Group, however as negotiated in the deal, Ford does not hold sole rights to the Volvo name and it continues to be used on other products produced by the rest of the companies in the Volvo Group.

In 2010, Ford sold Volvo to the Geeley Automobile Group and has remained within this group ever since. In 2019 it began selling Volvo Models with electric motors in the powertrain, and current Volvo models on sale include the S60, XC60 and XC90. 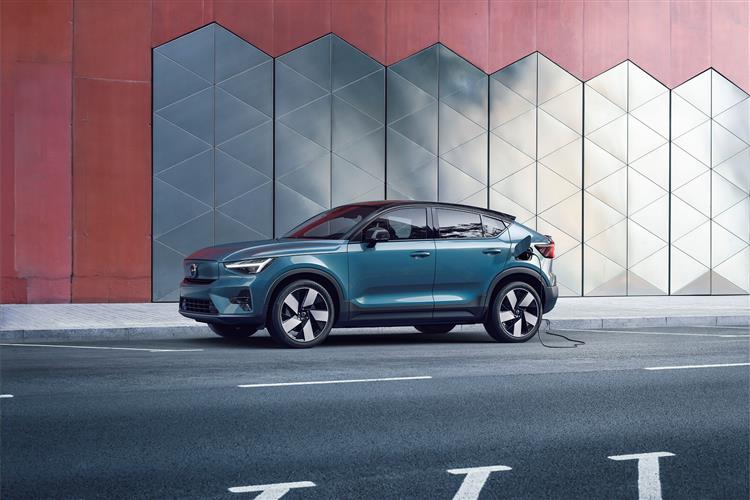 New Volvo C40 Estate Volvo knows it needs more SUVs. And it needs more electric vehicles. This C40 Recharge delivers both in one package and shows clearly the direction... 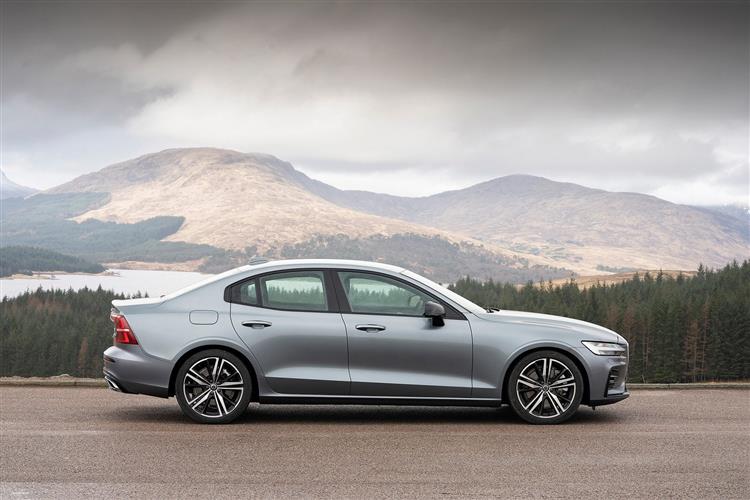 New Volvo S90 Saloon Volvo has never really cracked the full-sized executive sector and this S90 model hasn't done so either, but it has its charms, especially in the... 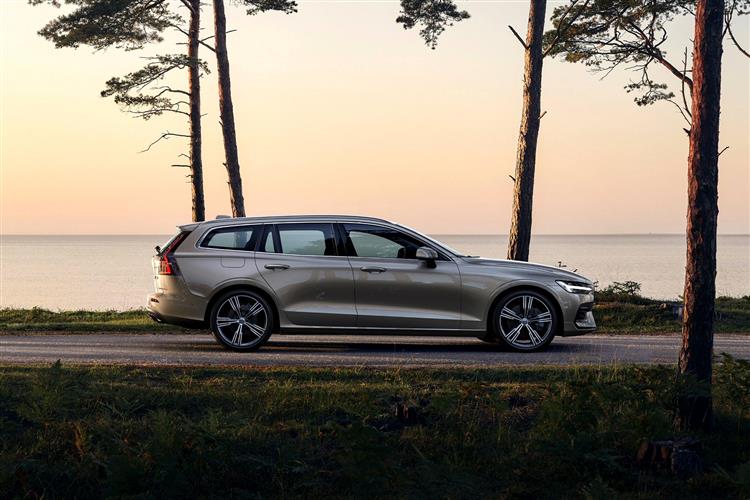 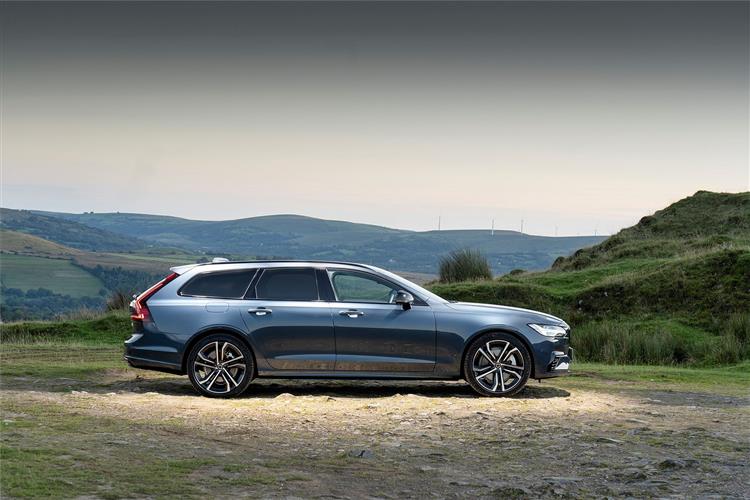 New Volvo V90 Diesel Estate Volvo's V90 is a large luxury estate every bit as good as anything the German brands can bring you. It's the most sophisticated station wagon we've...

New Volvo V90 Estate Volvo's V90 is a large luxury estate every bit as good as anything the German brands can bring you. It's the most sophisticated station wagon we've... 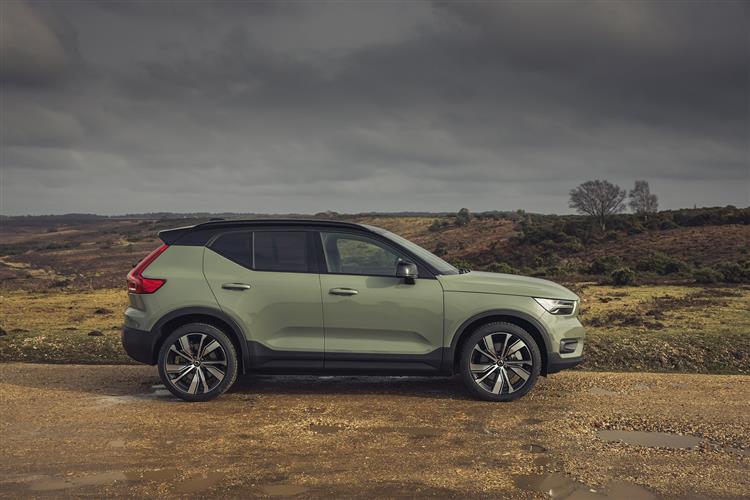 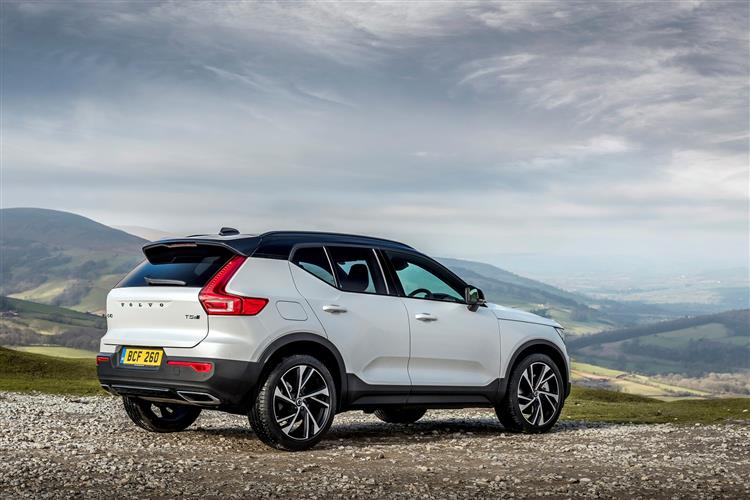 New Volvo Xc40 Estate Volvo's XC40 is much more than just a smaller version of the brand's larger SUVs. It gets its own 'CMA' platform, a very distinct design to set itself... 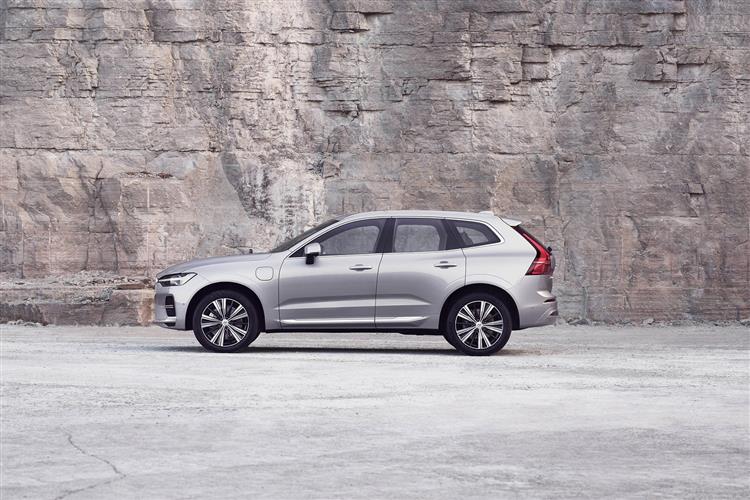 New Volvo Xc60 Diesel Estate Think of a premium-badged mid-sized compact SUV and you probably think of something German - an Audi Q5 perhaps, or maybe a Mercedes GLC or BMW X3....

New Volvo Xc60 Estate Think of a premium-badged mid-sized compact SUV and you probably think of something German - an Audi Q5 perhaps, or maybe a Mercedes GLC or BMW X3.... 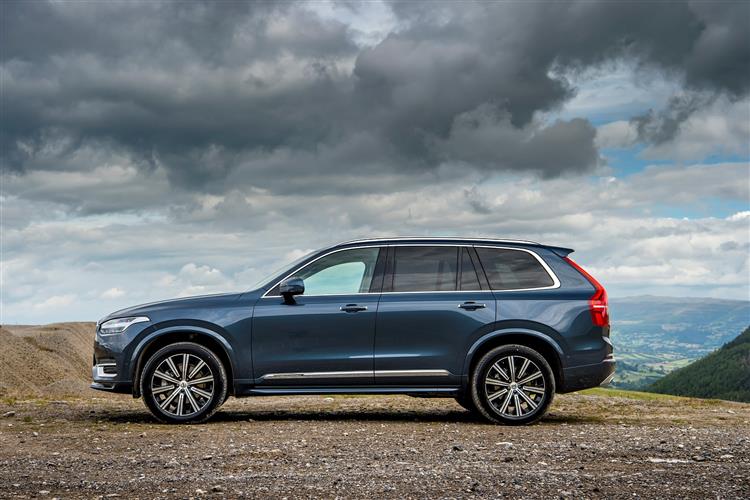 New Volvo Xc90 Diesel Estate Volvo's second generation XC90 was worth the wait, a seven-seat luxury SUV that has given key rivals like Audi's Q7 and the Land Rover Discovery a lot...

New Volvo Xc90 Estate Volvo's second generation XC90 was worth the wait, a seven-seat luxury SUV that has given key rivals like Audi's Q7 and the Land Rover Discovery a lot...